Link to the older stuff… 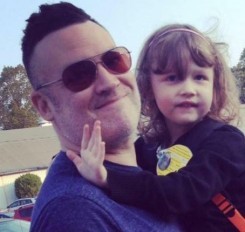 A father, long time creative director of web and print, and award nominated indie game developer, game collector and player of both classics and current. Chris is the lead developer, artist, sfx, and writer for Insanity’s Blade.

Chris comes from an art direction and creative direction background. With magazines under his belt such as Maxim and Playback, he has also designed for the National Post and the Financial Post. Further back he studied multi-media design and has been an artist since his early days. Also an avid video game collector and chronic classic game player. Most recently a game Chris has coded for a digital agency in the UK (RamJam) has been nominated for a UK Music Video Award for Best Interactive Music Video 2013. 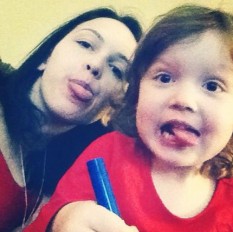 CFO and Keeper Of the Cheese

Mother, Accountant and Student of Business and Advertising Graduate – Angelina is in charge of the finances as well as hiring. She is big into Final Fantasy 9 and is also the chef to the cats: Arthur and Maximo.

Lina works full time in supply chain logistics and also 48 hours a day as a mom! So busy, Always so busy! 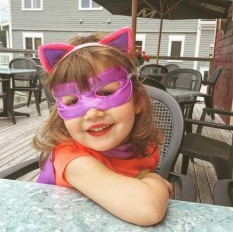 The Boss of Everything
Art director of Christopher,
Master of all.

Madelyn helps with game development by telling daddy what to do. She likes to chase her cats, play with toys, play on her tablet and draw. Also an avid drinker of chocolate milk.

INSANITY’S BLADE: The Chronicles of Thurstan

Adapted from the Insanity’s Blade graphic novel written by Chris Obritsch and as featured on the now-defunct WTFmag.ca.

Take a father’s journey to hell in order to save the souls of his wife and child. Insanity’s Blade: The Chronicles of Thurstan is the first in a series of games based around the journey of a sword possessed by a fathers powerful grief and hatred. This first game is the tale of the swords creation.
Revolution Slider Error: Failed to load Stream

A young princess and knight in training must battle her way through the forces of evil to save her family with the assistance of her previously deceased dog Fritzy!

Based on a story Christopher wrote after the loss of his first dog Champ at the age of 9. (So sad.. so sad :P) And made at the request of Madelyn who wanted to “Be in Ghosts n Ghosts to fight Green Head!” (She meant Ghouls’N Ghosts and the first boss Sheilder).

While training with her father “The Warrior King” for the royal games held at her families castle, the young knight in training, Princess Madelyn is forced back to her village when a storm of fire erupts from the sky. Upon entering the throne room, the guards and her family are struck down by an evil being known as “The Horned Wizard”. In a valiant attempt to save his family, Madelyn’s puppy, Fritzy is mortally wounded by a blast of magic from the wizards skeletal palm. Her family is whisked away before her eyes. She will have to set about rescuing them alone…or will she!