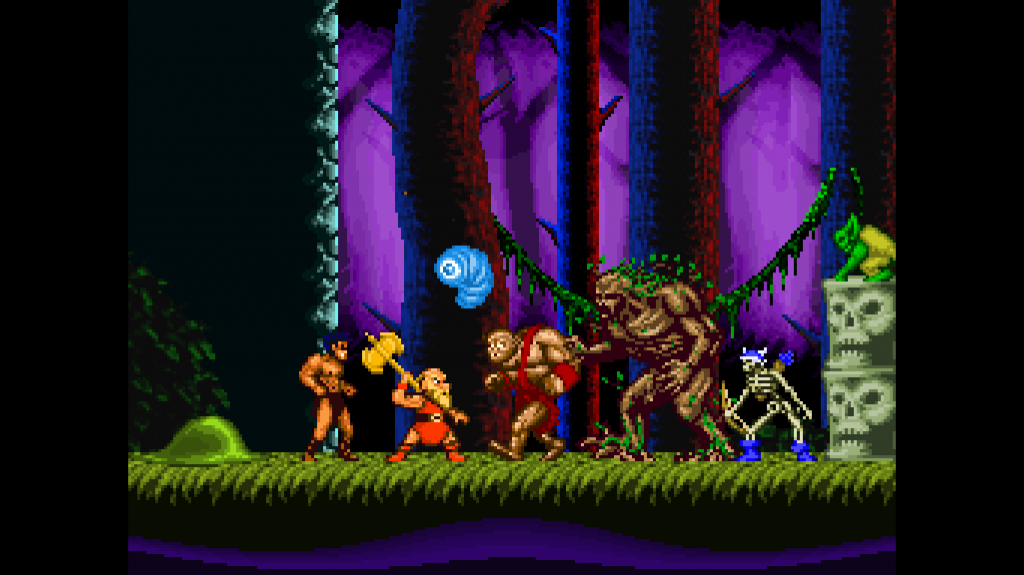 It’s been awhile since we’ve posted an update. We’ve been hard at work on the game! But we’ve finally hit a wall with the program we use to code it. For the past two weeks the program has been crashing on us constantly. We’ve been saving every few minutes to avoid data loss and have given our error reports to the people who write the program we use (Construct 2). But as far as we can see, we’ve actually hit the limit for how big you can make a game in their software. Mind you is still lets us keep going and building but it’s become a real chore. But we aren’t giving up of course!

As of now we are building the final enemies and stage for the game. We’ve cut it down to 16 stages as two were just too pointless and boring. We’ve rebuilt every stage entirely. All of the enemies have been redrawn. Widescreen support has been added. A third button for grab and a new throwing move has been added.

Unfortunately due to the problem we’ve hit with Construct 2, we will not be putting the NES version of the game into the build as it will double the size of the game. If they fix our issue, it will be added in an update, otherwise there will be a separate downloadable version a little further down the road. It will still happen though! But the constant errors have taken away from our dev time heavily. The NES styled version is still part of the full package and will of course be free!

On another not so happy note, the exporter for Construct 2 called Node Webkit has had it’s Linux and Mac support broken in the past couple of months. Well – the Linux actually works, apparently a file Node Webkit uses has been removed from more recent Linux builds. We’ve only had one person tell us there was an issue with this so far but we’d rather make sure the game is working 100% before we release it. So both Mac and Linux versions will be held back until the Node Webkit issues are cleared up. The Mac version just goes to a black screen for me, and refuses to load on either of my Macs.

The Windows version of the game will be out on time.

And now to end on a happy note, here are screen shots of the game in action as of now! And if you haven’t seen the rebuild of the first stage yet, here is a full video walk through! Enjoy!

Thanks you for your continued support and we look forward to getting the game into your hands soon!!

April 7th, 2014 Posted by Chris News No Comment yet

With the addition of the second player, we’ve decided that the old Nintendo styled stages were no longer going to work. We’ve made them all more arcade or SNES like in order to accommodate both players on screen, no chance of getting stuck behind a million walls!

With the rebuilding of the stages came a ton of all new graphics and effects. Stage one, as you will see in the video below, has had many additions made to it aside of the new level layout. Stages like the plagued city and the graveyard which were originally wall jump heavy, have now been stretched out with minimal wall climbing parts and way more action. Wall climbing is easier with single player and causes a lot of issues between players falling and jumping when near the bottom or top of screen.

Also, the heroes have been updated with a grab button. You can now toss zombies freely through the air as well as the addition moves that came with grabbing certain zombies like using an arm as a weapon, tearing a zombie in half over your head or mashing it’s neither regions with your boots.

Full sound and proper music has also been added in game now.

Check out the video below to see the full stage one update complete with villager mangling intro!!

Cheers and thanks for all the support!!!